Filmmaker Rima Das has proven yet again how a dash of naturalness, and a pinch of reality, with a sprinkle of gleeful innocence, can cook up a simple yet marvellous piece of art. Just like cooking, filmmaking needs an artist to use the right ingredients in appropriate amounts for that perfect outcome.

National Award winning film Village Rockstars, which had an initial release in 2017, is now India’s official entry to the 2019 Oscars. The story talks of the mundane life of a bunch of children in an Assamese village, the main protagonist being Dhunu, a girl on the verge of puberty.

Dhunu — a free-spirited young girl — lives with her widowed mother Basanti, and elder brother Manabendra. She’s mostly friends with boys and walks to school with them every day. Together, they dream of creating a music band, but with no money, the children revel in their thermocol-made guitars, drums, and keyboards for the time being. 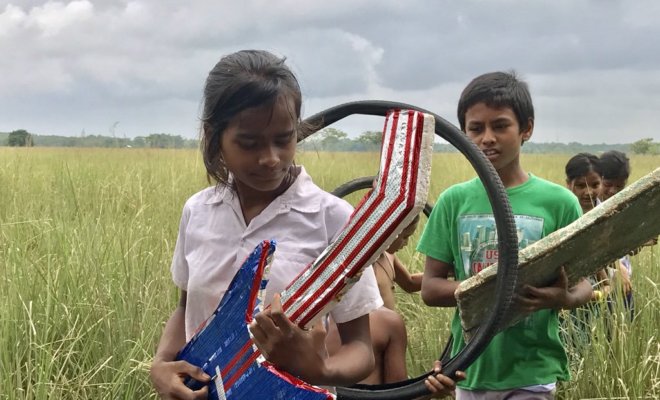 While Dhunu desires to become a musician and own a guitar someday, she fancies about it and asks her mother to buy her one. When Basanti suggests selling their goat to purchase a guitar with that money, Dhunu declines the idea. Later, she indulges in a belief – which she acquires from a newspaper article — that positive thinking can make her own a guitar soon.

The Rima Das directorial, very subtly, portrays the mother-daughter bond – a gem of a relation, in a splendid way. The bits of precious moments between the duo discussing life brings in that beloved flavour of nostalgia. Basanti’s love for her beloved daughter is expressed disguised through a very sweet gesture when she gets angry on some women who chide Dhunu for playing with boys.

Rima, also very deftly, captures the nuances of rural life portrayed through — a ritual of celebrating a girl’s coming of age, Dhunu’s love for her pet goat, and the annual floods in the state.

It is a lyrical montage of the way of life and dreams of villagers, in contemporary rural India. The kids’ joy in the pleasure of possessing the smallest of things is what makes the film stand out. One particular scene might bring you immense joy when the children rush to pick bigger and better corm leaves from the bushes to cover their heads when it starts to pour heavily.

Scenes when the kids spend lazy afternoons taking a nap in the fields, or splash around in the puddled paddy fields, or climb trees, and listen to stories from a grandfather — remind us of the much-desired leisure we miss out on, living the fast-paced city life.

Although simple, the film boasts of some soothingly beautiful cinematic shots of boat rides in the flood, children climbing trees, and walking through the field with their musical instruments.

The narrative style of the film, bordering on documentary, takes one on a trip to the villages in Assam, in it’s most natural state. 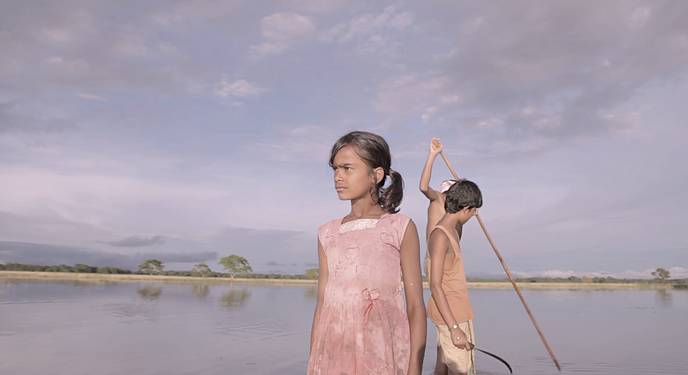 (The film was recently screened at a PVR theatre in the national capital. With an initiative to showcase unconventional cinema to the mass, multiplex chain operator PVR had launched a theatre on demand service ‘Vkaao’ which puts an effort to deliver and screen demand-driven content. VKAAO has lately been screening a bouquet of awarding- winning films that have created an audience of its own.)

Happy to receive this package from Renee, can't wait to try out their pink and teal eye liquid liners! Having been a strict follower of black liquid eye liners I'm eager to see if and how these quirky and stylish colours pop up on my eyes. 😍
Protein laddoo with dark chocolate topping 😋
😆😆
And my room smells so pleasant just after openingthe box! Can't wait to start using these aromatic natural soaps 😇
আমি নাকি হাঁ করে হাওড়া ব্রিজ দেখছিলাম! 🙄😛
Chilling by the Ganges in a cool Sunday evening with my warm and stylish woolen stole from @the.crochetier 🥰
Oh so cute!.... and chubby 🙄
What a beautiful experience sipping coffee by the Ganges! Let your hair down and feel the breeze run through them while you gaze awestruck at the crimson setting sun from the open deck.
Food and I, we have an innate, immensely intimate, yet platonic relationship. Nothing can match up to the blissfull feeling of tasting a spoonful of Belgian chocolate dessert. Nothing. Ever. 😇
Here's an easy way to brighten up your weekends when you miss home.
I'd like the Ferrari please 🥲
Loading Comments...
%d bloggers like this: